The following report highlights the ruling party’s reaction to the opposition latest statement on the peace process, the Central Bank’s call to fight money laundering, the Government’s decision to increase investments in the energy sector, and COVID-19 update. The report includes background information to add context to the news items.

Independent news website Connection Ivoirienne.net on 6 January carried the full text of a statement issued by Minister of State Kobenan Kouassi Adjoumani on behalf of the ruling RHDP to reject what “light accusations and the flawed analyzes contained” in a joint declaration that the PDCI and the PPA-CI produced on 5 January. Adjoumani made a long list of reconciliatory acts that President Alassane Ouattara made to restore confidence among political actors. Adjoumani, however, said that “the search for the truth about the facts that occurred in Cote d’Ivoire during the period targeted by the investigations is not irreconcilable with political dialogue.” He, therefore, added that “the public prosecutor is within the scope of his prerogatives” since the procedure started long ago and is going on.”

Background: In a statement on 5 January, the PDCI-RDA and the PPA-CI protested against the Public Prosecutor’s 27 December press conference and hinted that President Ouattara was not making dialogue and reconciliation part of his priorities.

News aggregator Abidjan.net on 7January reports that the country director of the Central Bank of Western African States (BCEAO) urged the directors of banking institutions registered in Cote d’Ivoire to “scrupulously” comply with the regulations of the mechanism to Fight Aagainst Money Laundering and Terrorism Financing (AML/CFT). In reaction to the call, Daouda Coulibaly, President of the Professional Association of Banks and Financial Institutions of Cote d’Ivoire (APBEF-CI) pledged that the members will strictly adhere to the regulations and that further awareness will be conducted across the corporate to make sure grassroots staff take ownership of the regulations.

Abidjan.net on 6 January carries a press release issued by the Ivoirian Center for Government Communication (CICG) highlighting the progress that Cote d’Ivoire has made since 2011 in the power sector, jumping from 33 percent of power supply to 80 percent in 2020.  According to the CICG, the government has adopted four master plans for an investment of approximately $11.73 billion over the 2014-2030 period to make the sector more competitive. 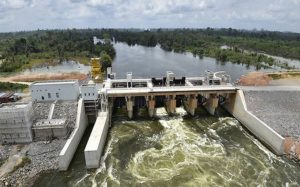 COVID-19 Update as of 6 January

Background: Recent reporting shows that the COVID-19 cases are increasing in Cote d’Ivoire, especially with the emergence of the Omicron variant.