Presidence.ci, the official website of the Ivoirian presidency, on 5 January carried the full text of President Alassane Ouattara’s address to the ministers gathered for the first cabinet council of the year. On the occasion, the head of state insisted on his expectation for the diligent implementation of his three priorities for the year 2022, namely the transformation of the country and the improvement of the living conditions of each inhabitant; employment for youth and women; good governance and the fight against corruption. He furthermore urged his collaborators’ employees to speed up social progress in the country, by relying on the 2nd component of the strategic Government’s Social Program (PS-GOUV) 2022 – 2024. 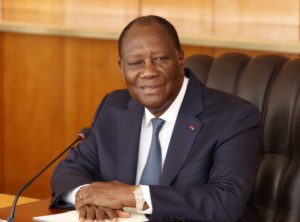 News aggregator Abidjan.net on 6 January published a joint statement produced by the PDCI-RDA and the PPA-CI to criticize what they perceive as President Ouattara’s reluctance for political dialogue. Both parties expressed their surprise that while the government and the opposition were taking steps to create the conditions for a peaceful political dialogue for true reconciliation, the state prosecutor came out and started throwing threats against opposition leaders with regard to the electoral crisis of 2020. The PDCI-RDA and the PPA-CI asked the head of state, “whose third bid term has worsened the social divide, to, at last, make political dialogue one of his priorities for the year 2022.” 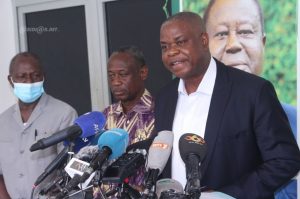 Independent news website l’Infodrome on 6 January reports that the general tax code that the National Assembly and the Senate approved on 20 November and 7 December establishes, in its article 20, a tax at the rate of 3 percent, on advertising via broadcast media on Ivorian territory by television and radio channels of non-resident companies. Ms. Annick Sako, a tax expert, explained that this tax is due by the broadcaster of these advertising messages in Cote d’Ivoire regardless of the means of dissemination, at the rate of approximately $35 per hour or fraction of an hour of advertising broadcast. She added that “the expected revenues are estimated at approximately 6.7 million.”

COVID-19 Update as of 5 January

ConnectionIvoirienne, an independent news website, on 6 January reports that after a large number of staffers tested positive for COVID-19 at the Treasury’s central department in Abidjan, the managing Director of the Treasury and Public Accounting, Jacques Konan Assahore, ordered the closure of the offices from 5 January to 7 Friday. The decision aims to protect staff, as well as users, pending a reorganization of the program and working methods. Offices should reopen on 10 February.

Background: On 4 January, the Director of the Institut Pasteur revealed that the Omicron variant of the COVID-19 was widely spreading in the country and that people experiencing flu in recent times must undergo the testing.