The following report highlights the discovery of an important oil deposit off the cost of Cote d’Ivoire, the Government’s news anti-COVID-19 measures, and the Defense Minister’s call for vigilance and unity to counter terrorism. The report includes background information to add context to the news items.

Media reported that the Italian oil and gas group ENI discovered an important oil deposit called the “Baleine” (“Whale” in English) deposit off the coast of Cote d’Ivoire in August. The discovery is likely to position Cote d’Ivoire among the major producers of crude oil. The “Baleine” deposit has a potential of 2 billion of crude oil and 2,400 billion cubic feet of natural gas. The deposit will be exploited in two phases. A first phase is expected in 2023 and will account for 15 percent of the eventual production. The second phase is expected to start in 2026.

Background: On 2 October, ENI’s managing director Claudio Descalzi met with Ivoirian President Alassane Ouattara following the announcement of the huge oil deposit in September. Both men discussed details relating to the development and exploitation of the oil deposit. ENI is planning to disburse $1 million to finance the work relating to the development of the project. 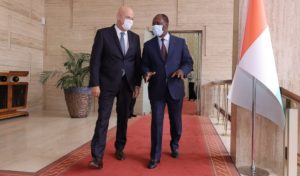 According to media reports, the Ivoirian Government decided to impose antigen testing at the entrance of places of large gatherings, including concerts and other gatherings, to face the growing number of COVID-19 cases in the country. Health Ministry agents will realize the tests. People who test positive must undergo PCR testing at the nearest health center.

Background: The increasing number of COVID-19 cases prompted the Government’s decision. Observers fear that the number of positive cases could increase with the return of people from holidays. Other observers state that the actual figure of new cases could be three times higher given the fact that several people are reluctant to take their tests and generally consider that they merely suffer from malaria. 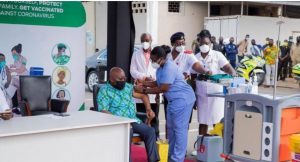 During a 30 December visit in the northern town of Ouangolo, Defense Minister Tene Birahima Ouattara urged the populations living in the north of Cote d’Ivoire to remain “vigilant and united” to counter any terrorist action in the region. The Minister said that “highway bandits” are seeking to sabotage the development that Cote d’Ivoire has experienced for 10 years. He also called the civilization population to collaborate with the Defense and Security Forces to succeed counterterrorist actions.

Background: For several months, the Ivoirian Government has multiplied actions to prevent further terrorist attacks on the territory, especially in the north where the majority of attacks occurred. On the night of 28 to 29 March, unidentified gunmen attacked the positions of the Defense and Security Forces in the northern towns of Kafolo and Tehini at the border with Burkina Faso.