The following report highlights an investigation on the illegal exploitation of wood in northern Cote d’Ivoire, the low costs of cocoa prompting Ivoirian farmers to sell their crops in neighboring Ghana, new cases of COVID-19, and reactions to President Alassane Ouattara’s appointments of former rebel leaders within the army. The report includes background information to add context to the news items.

According to a recent investigation by an independent weekly newspaper, the illegal exploitation of wood in the northern part of Cote d’Ivoire made the state lose approximately $86 million. The report said that some authorities, high-ranking military officers of the Water and Forestry Ministry, and some Lebanese businessmen were involved in the trafficking.

Background: The Ivoirian Government banned the illegal exploitation of wood in the northern region of the country. Following the 8 December government council meeting, the government spokesman revealed that the authorities arrested several people relating to the matter on 30 November. 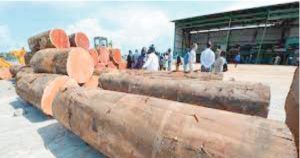 An investigative journalist revealed that the low price of cocoa and a drop in its production caused Ivoirian farmers to sell their crops in neighboring Ghana. The report said that the climate change also adds to the situation, prompting Ivoirian farmers in the Indenie-Djuablin region, at the border with Ghana, to sell their products in that country.

Background: With the drop in production and the difference of $0.17 between the price of cocoa in Cote d’Ivoire and that of Ghana, the Ivoirian committee to fight against the leakage of cocoa to the other side of the border did not prevent the phenomenon this time around, according to observers.

Background: The authorities warned that the number of cases is likely to increase during the end of year festivities.

Presidence de la Republique de Cote d’Ivoire, the official Facebook page of the Ivoirian presidency with more than 788,000 subscribers, on 23 December published a statement of the presidency saying ” President Alassane Ouattara signed several decrees for promotions and appointments within the Armed Forces of Cote d’Ivoire, the National Police, Water and Forests and the Customs Office.” The senior military promoted to the rank of general includes Cherif Ousmane, and Herve Pelikan Toure, a.k.a Vetcho, two former strong figures of the rebel groups that split the country in two from 18 September to April 2011. As of 25 December, at 10:20, the publication garnered more than 1,400 likes, 130 comments, and was shared 372 times. Most comments congratulated the officers promoted as well as President Ouattara for awarding senior officers from around the country. A few comments said Ouattara was just awarding “rebels who brought him to power,” while some ignored the topic and asked president Ouattara to look into their respective problems. 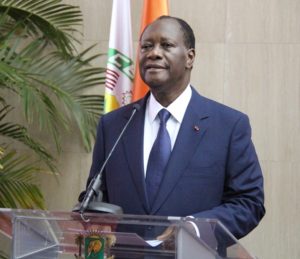 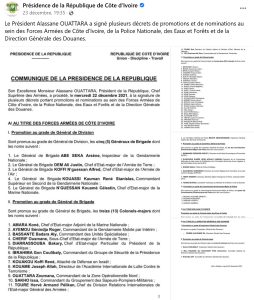