The following report highlights the new deadline for submission of themes for the ongoing political dialogue, speculations over the restructuring of the ruling party, COVID-19 update, and reactions to a meeting between Gbagbo and Bedie. The report includes background information to add context to the news items.

Government Extends Deadline for Submission of Themes for Political Dialogue

A 20 December communique by the Ministry of Interior and Security said that the submission of proposals for the themes of the political dialogue by the stakeholders initially scheduled for 17 December is postponed to 27 December. The decision aims to allow for an inclusive dialogue, according to the communique.

Background: On 16 December, Prime Minister Patrick Achi presided over the launch of the fifth political dialogue, which more than 20 political parties are attending. The stakeholders will discuss issues including the release of political prisoners, the return of exiles, and the reform of the Independent Electoral Commission and the electoral code, among others. 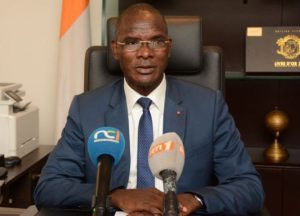 Several Ivoirian media outlets reported that President Alassane Ouattara is planning to restructure the Rally of Houphouetists for Democracy and Peace (RHDP). Reports said that PM Achi and Gilbert Kafana Kone, the Minister in Charge of Relations with Institutions, are battling to position themselves at the helm of the party.

Background: The RHDP set up a restructuring committee in September. The committee, led by Kafane Kone, presented its initial ideas to President Ouattara in November. The results are yet to be made official.

GorTV, a web television channel close to former President Laurent Gbagbo on 21 December posted on its Facebook page with 187,000 subscribers a video of Gbagbo arriving at the residence of former President Henri Konan Bedie. Gbagbo said the visit aimed to wish Bedie well as he is preparing to travel to his hometown of Daoukro for the end-of-year celebrations. The 1minute43-second video was viewed 10,000 times and garnered 82 comments and 519 likes as of 21 December at 10:36 GMT. Most comments were positive about the encounter perceived as “the best way of doing politics.” One user encouraged Bedie and Gbagbo to even “include current President Alassane Ouattara” in their ad hoc meetings as mean to foster reconciliation. 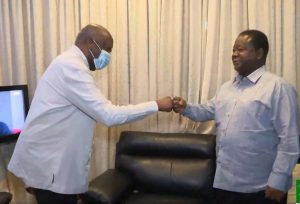