The following report highlights some speculations over the success of the ongoing political dialogue, a meeting between former First Lady Simone Gbagbo and a traditional ruler, disruptions caused by a strike launched by dockworkers at the ports of Abidjan and San Pedro, and COVID-19 update. The report includes background information to add context to the news items.

An 18 December article on a newspaper close to the opposition Democratic Party of Cote d’Ivoire (PDCI), said that the political dialogue that the Government started with opposition parties on 16 December could fail due to a series of observations. The paper lamented the presence of “small parties with no real influence on the Ivoirian polity” at the detriment of parties such as Nouvelle Cote d’Ivoire of former Minister Gnamien Konan, among others. The paper also said that the Government invited several minor civil society organizations and ignored the Alternative Citoyenne Ivoirienne of Pulcherie Gbalet, which it described as a “prominent group.” Other groups, including associations close to former Prime Minister Guillaume Soro and former Young Patriots leader Charles Ble Goude, were not invited.

Background: Some 21 political parties, including the RHDP, PDCI, PPA-CI, FPI, and UDPCI are part of the dialogue, as well as 26 civil society organizations. The political dialogue aims to solve several problems to reach a sustainable peace and reconciliation in the country. 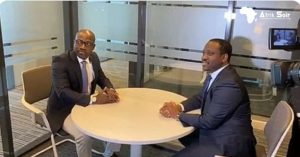 Media reports said that during a 16 December meeting with Jean-Gervais Tchiffy Zie, the Permanent Secretary General of the Forum of Kings and Traditional Leaders of Africa, Simone Gbagbo appealed for the return of Ble Goude. She criticized an alleged refusal by the Ivoirian authorities to deliver a passport to Ble Goude to enable his return to Cote d’Ivoire. Simone Gbagbo also said that there is no possible national reconciliation without the involvement of traditional rulers in the process.

Background: Tchiffy initiated the meeting which took place at his residence in Abidjan. Simone Gbagbo capitalized on the invitation to present “Generations Capables,” a new movement that she launched to promote her political struggle. 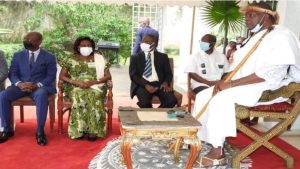 Media reported that a strike that the National Federation of Ivoirian Dockworkers (Fenad-CI) launched on 17 December disrupted economic activities at the Abidjan Port Authority and the San Pedro Port Authority. The reports said that the strike resulted from the non-implementation by the ports’ management of a presidential decree that aims to improve the living and working conditions of the Ivoirian dockworkers.

Background: On 8 December, the Fenad-CI held a news conference and announced that it was planning to launch a seven-day strike starting on 17 December if their demands were not satisfied. The claims of the Ivoirian dockers focus on the full implementation of the 30 January 2019 Decree No. 2019-102 relating to the special status of dockworkers of Cote d’Ivoire. According to the Decree, the dockers are intitled to hiring on all oil wharves as well as on oil tankers.