The following report highlights major news developments in politics, health, and security in Cote d’Ivoire as of 13 December. This edition focuses on the ongoing general population census, the resumption of the political dialogue, COVID-19 update, and opposition party attending US Democrats’ summit. The report includes background information to add context to the news items.

A pro-opposition newspaper dismissed the ongoing General Population and Housing Census (RGPH) as a failure, citing the refusal by several households to allow census agents into their houses. According to the report, the opposition Democratic Party of Cote d’Ivoire (PDCI) said that there is no emergency and necessity for a general census before 2024. Former President Laurent Gbagbo’s party, the African Peoples Party (PPA-CI), urged the Government to engage the opposition parties and the civil society to make the process smooth. On 12 December, Niale Kaba, the Minister of Planning and Development, went on the ground to inquire about the progress of the operation in Abidjan and said that there will be no more extension after the 14 December deadline.

Background: The 2021 RGPH was initially scheduled from 8 to 28 November. The Government later postponed the operation till 7 December, then 14 December to enable the entire Ivoirian population to be counted. 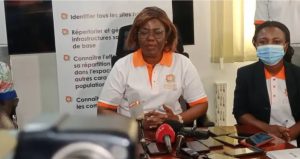 Several media outlets reported that the political dialogue between the Government, the opposition parties, and civil society organizations will resume on 16 December at the Prime Minister’s office. According to the Government spokesman Amadou Coulibaly, each party leader is allowed to bring along two other people.

Background: The stakeholders are expected to discuss issues including the next local elections scheduled in 2023 and the reform of the Independent Electoral Commission, among others.

TV LVIK TV, a pro-opposition Web TV, on 12 December posted on its Facebook page with more than 18,000 followers a video of Ivoirian news items with the text “Democratic Party of Cote d’Ivoire (PDCI-RDA) and its President are special guests at the Global Summit for Democracy hosted by US President (Joe) Biden. Allah Kouadio Remi speaks on behalf of President Bedie. (President Alassane) Ouattara not welcome.” As of 13 December, at 11:27, the video was viewed 24,000 times and the post garnered 1,500 comments and 869 likes. Although comments touched on a variety of issues, the ones regarding the PDCI’s participation to the summit expressed pride and confidence in President Bedie. Some asked him to continue to stay away from President Ouattara in order to “avoid further problems” for the country. 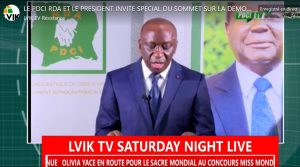