The following report highlights major news developments in politics, health, and security in Cote d’Ivoire as of 7 December. This edition focuses on the general population census, illegal gold mining, COVID-19 update, and debate over the rights of homosexuals in Cote d’Ivoire. The report includes background information to add context to the news items.

According to media reports, the opposition Democratic Party of Cote d’Ivoire (PDCI) said it observed “dysfunctions” in the General Population and Housing Census (RGPH) operation and urged the Government to allow for a second extension. The PDCI issued a communique to “express its concerns and draw the attention of all, national and international communities, on the dysfunctions that have negatively impacted this important demographic and statistical operation of our country.” The Minister of Planning and Development, Niale Kaba, however, was quoted as saying that the initial results of the census showed approximately 24 million inhabitants in Cote d’Ivoire.

Background: The Government initially scheduled the RGPH operation to take place from 8 to 28 November, but later extended it to 7 December due to some difficulties reported on the ground. 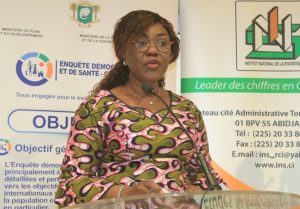 COVID-19 Update as of 4 December

Background: In 2016, the Ivoirian Government put in place a special brigade – the Brigade for the Repression of Infractions to the Mining Code – to fight illegal gold mining in the country. During a July 2019 state visit to Abidjan, the President of Burkina Faso, Roch Marc Christian Kabore, said that several Burkinabe nationals were involved in the phenomenon in Cote d’Ivoire. 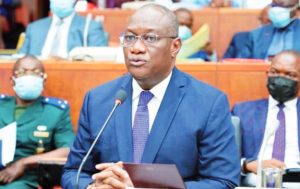 The news website Observateur Citoyen on 6 December posted on its Facebook page with more than 392,000 followers the text “Angry Ivoirian homosexuals. In a statement entitled ‘We are born hetero or homosexual, we do not choose to be it,’ published on its Facebook page, the NGO GROMO, a community of Ivorian homosexuals, is outraged by the various statements that led to the removal of the notion of ‘sexual orientation’ from article 226 of the Ivorian Criminal Code.” The post generated 1,300 likes, 2,000 comments, and was shared 189 times. Most comments were critical and very offensive against the NGO. Some comments sarcastically urged the NGO to stage a demonstration to “enjoy more support from the public.” This exemplifies the continuous rejection of the gay community by a section of the Ivoirian population.