The following report highlights major news developments in politics, health, and security in Cote d’Ivoire as of 26 November. This edition focuses on the new deadline for the general population census, the Expo Dubai Forum, cashew nuts producers complaining against Asian monopoly, and COVID-19 update. The report includes background information to add context to the news items.

During a 25 November news conference, Niale Kaba, the Minister of Planning and Development, announced that the Government decided to extend the deadline for the General Census for Housing and Population (RGHP) to 7 December. The Minister explained that the decision aimed to enable the entire population to take the census.

Background: The RGHP was initially scheduled from 8 to 28 November. Observers said that the majority of the population is reluctant to allow the census agents into their homes. However, according to a 25 November communique issued by the Ministry of Planning and Development, “more than 50 percent” of the population took the census to date. 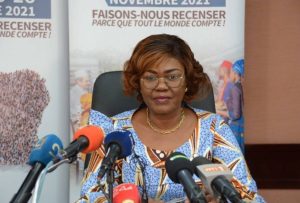 During his 25 November address at the Expo Dubai business meeting, Prime Minister Patrick Achi urged international investors to seize investment opportunities in Cote d’Ivoire in the sectors of infrastructure, agribusiness, energy, mining, environment, tourism, and telecommunications. Media reported that participants took part in various ministerial panels focusing on summary presentation of sectoral policies and projects and investment opportunities. Achi stressed that the Government is targeting $1.7 billion of investment for Cote d’Ivoire through the Forum.

Background: Expo Dubai 2020 is an international business meeting that takes place from 1 October 2021 to 31 March 2022 under the theme: “Connecting minds, building the future”. The organizers are expecting 25 million visitors from 190 countries.

Background: In 2020, the gross production of Ivorian cashew reached 1 million metric tons versus 850,000 metric tons in 2019. Ivoirian cashew producers urged the Government to come up with incentive measures to benefit local producers by 31 December.