The following report highlights major news developments in politics, health, and security in Cote d’Ivoire as of 19 November. This edition focuses on government’s plans to move ahead with the general population census despite difficulties on the ground, plans to revise the electoral list in 2022, COVID-19 update, and public reaction to former First Lady’s reconciliation speech. The report includes background information to add context to the news items.

Government Pledges To Move Ahead With Population Census

During an 18 November news conference with a state-controlled newspaper, Niale Kaba, the Minister of Planning and Development, said that the Government will respect the 21-day deadline for the fifth General Population and Housing Census (RGPH) despite some difficulties reported on the ground. Reports said that some households who refused access to the census agents, among others. The operation started on 8 November and will run till 28 November. 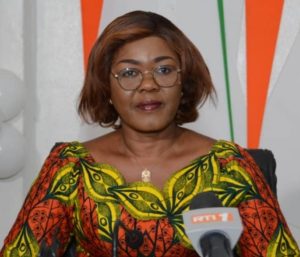 According to media reports, the president of the Independent Electoral Commission (CEI), Ibrahime Coulibaly Kuibiert, announced the first national campaign to raise public awareness on election and a revision of the electoral list scheduled for 2022. The latest revision is dated 5 July 2020. The current electoral list included 7,495,082 voters, 7,397,413 of whom were in Cote d’Ivoire and 97,669 abroad. 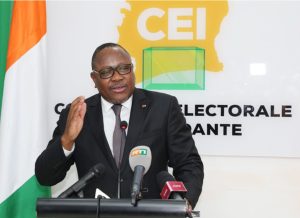 Former First Lady Simone Ehivet Gbagbo on 18 November posted on her Facebook page with 368,000 followers a video of a speech she delivered at the launch of the Inclusive Program for Reconciliation, an initiative of the NGO Alternative Citoyenne Ivoirienne. The video was viewed 18,000 times and generated 1,100 comments and 587 shares. Comments were generally supportive of the speech. A few comments criticized “those who continue to give visibility to Simone Gbagbo.” 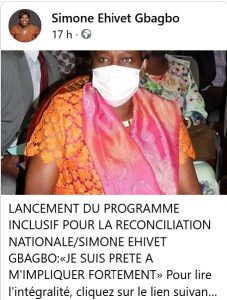 A separate post where she shared photos of the guests who attended the function, namely that of Affi N’guessan, prompted more than 900 comments mostly complaining why she put a picture of Affi on her page.

Background: Reconciliation remains a topic of interest in Cote d’Ivoire 10 years after the political crisis that cost the lives of more than 3,000 people in 2010/2011. Besides, recently a split between Laurent Gbagbo and Affi N’Guessan has put Simone Gbagbo on a tight spot as she refused to join either side.