The following report highlights major news developments in politics, economy, and health in Cote d’Ivoire as of 16 November. This edition focuses on a convention held by the opposition Ivoirian Popular Front party, road infrastructure projects, and a government vaccination plan. The report includes background information to add context to the news items.

Media reported that the Ivoirian Popular Front (FPI) held its sixth convention on 13 November. Referring to the recent breakaway with former President Laurent Gbagbo, FPI president Pascal Affi N’guessan said among other things: “This separation is a relief and even a double victory: ideological victory and victory of strategic intelligence.”

Background: After his return from the International Criminal Court, Laurent Gbagbo decided to leave the FPI and formed a new party, the Party of African Peoples of Cote d’Ivoire.

Media reports said that the Ivorian Government is planning to improve urban mobility in the Greater Abidjan district in a sustainable manner through the implementation of a vast road infrastructure program. The plan includes, among others, the building of a bypass highway referred to as Y4.

Background: Those infrastructure projects are planned by the master plan of urbanism of the Greater Abidjan and aim to improve traffic flow. 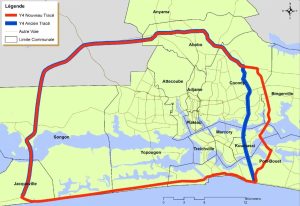 Media report said that the Ivoirian Government pledged to intensify its COVID-19 vaccination plan as the holiday season approaches. The plan is to vaccinate 70 percent of the population over 18 years old by 31 December, that is administering seven million of vaccine doses in less than 60 days.

Background: Since the beginning of the COVID-19 pandemic, the Ivoirian Presidency is overseeing the management of the crisis through the National Security Council. The vaccination campaign began on 15 February. To date, more than 3.8 million doses have been administered.