The following report highlights major news developments in politics, economy, and health in Cote d’Ivoire as of 8 November. This edition focuses on the launch of the general population census, new ECOWAS sanctions against Mali and Guinea, the signing of partnership accords between Cote d’Ivoire and Nigeria, and COVID-19 update. The report includes background information to add context to the news items.

Media reported that the fifth General Population and Housing Census (RGPH) started on 8 November across the country and will run until 28 November.

Media reported that the Economic Community of West African States (ECOWAS) imposed new sanctions against Mali and Guinea. ECOWAS Commission President Jean-Claude Kassi Brou said that the 15-nation group “decided to sanction all those implicated in the delay” in organizing a presidential election on 27 February in Mali. ECOWAS also decided to uphold the Guinea’s suspension from the bloc as well as sanctions against individual junta members and their families 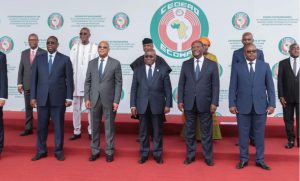 From 4 to 6 November, Cote d’Ivoire and Nigeria signed nine partnership agreements to boost collaboration between the public and private sectors. The accords cover trade, industry, defense, economy, justice, and human rights among other sectors. 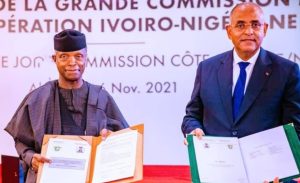 COVID-19 Update as of 7 November