The following report highlights major news developments in politics, economy, and health in Cote d’Ivoire as of 4 November. This edition focuses on key measures following a 3 November Government meeting and COVID-19 update. The report includes background information to add context to the news items.

Following a 3 November meeting that President Alassane Ouattara presided, the Ivorian Government outlined a list of key measures in the areas of sanitation, food security, and terrorism. The Government approved a master plan for sanitation and drainage for the Abidjan District to reduce risk of flooding. The Government is also planning to mobilize financial resources to develop the sector of agriculture. It also authorized the head of state to ratify the convention on mutual legal assistance and extradition against terrorism to boost the national system of counterterrorism. 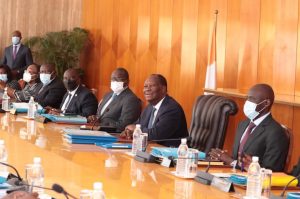 Government Spokesman Says Nothing Prevents Ble Goude From Getting Passport

During a news conference that took place after the 3 November Government meeting, government spokesman Amadou Coulibaly told journalists that nothing is preventing Charles Ble Goude from getting his passport. Coulibaly blamed the delay on the fact that Ble Goude made his passport request abroad and added that such a request can take longer to fulfill.

Background: Charles Ble Goude, Laurent Gbagbo’s former youth leader, is still in The Hague despite his acquittal by the International Criminal Court. He is yet to obtain a new passport before travelling back to Cote d’Ivoire. 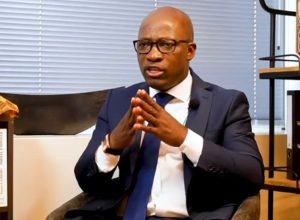 Media reported that the Government called on the members of the diplomatic corps in Cote d’Ivoire to “sensitize and mobilize” their communities for the fifth General Population and Housing Census (RGPH) that will take place from 8 to 28 November. During a 3 November meeting, Foreign Minister Kandia Camara told diplomats that the operation targets both Ivoirians and non-Ivoirians.

Background: After the general population census of 1975, 1988, 1998, and 2014, the RGPH aims to collect data and put them at the disposal of the Government for planning purposes.

COVID-19 Update as of 3 November