The following report highlights major news developments in politics, economy, and health in Cote d’Ivoire as of 2 November. This edition focuses on President Alassane Ouattara’s first year of his third term in office, government’s steps to fight the Avian flu, COVID-19 update, an alleged same sex marriage bill at the National Assembly, and reactions to a recent meeting between President Ouattara and opposition leader Pascal Affi N’Guessan. The report includes background information to add context to the news items.

On 2 November, a daily newspaper close to the opposition Democratic Party of Cote d’Ivoire (PDCI) assessed President Alassane Ouattara’s governance, a year after he was inaugurated for his third term in office. The daily said that Ouattara has taken concrete actions such as the release of prisoners, the return from exile of several opposition supporters, the return of former President Laurent Gbagbo, the reintegration of opposition members into the civil service, and his 27 July meeting with Gbagbo. The daily, however, urged Ouattara to organize an inclusive national dialogue and put in place “credible institutions.” It also urged the President to visit the departments of Issia, Vavoua, and Zoukougbeu, among others, and provide infrastructural development for those regions.

Background: After President Ouattara announced his intention to run for a third term in the 31 October 2020 presidential election, the opposition calls to boycott and disobedience led to at least 85 deaths. Observers are speculating over the sociopolitical atmosphere of Cote d’Ivoire.

Background: Cote d’Ivoire identified an outbreak of the avian flu in the Grand Bassam commune in July and took steps to curb its spread, according to the government. 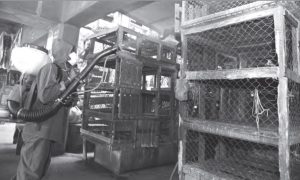 COVID-19 Update as of 1 November

Media reported that the Ivorian Minister of Health received 355,200 doses of AstraZeneca vaccine at the Abidjan airport on 1 November.

Assale Tiemoko, journalist and Member of Parliament, on 30 October posted on his Facebook page with 79,000 followers a statement intended to lift any doubt on a purported draft bill ready at the National Assembly “to legalize same sex relations in Cote d’Ivoire.” Assale said “there is no such draft bill tabled at the National Assembly” and maybe some wordage led to the confusion. The post generated 4,300 expressions of approval, more than 1,000 comments, and 262 shares. Users mostly commended Assale for being proactive and keeping in touch with the public to provide explanations and clarifications as needed. Others said there is something unclear about the explanation and opined that the National Assembly probably modified the draft after noting an uproar on social media.

Background: Same-sex relations have always been an issue in Cote d’Ivoire although many people are open about their status and enjoy a relative “clemency.” However, the public at large seems to oppose a legalization of the habit.

Ivoirian Popular Front President Pascal Affi N’guessan on 28 October posted on his Facebook page with 49,000 followers a video of his declaration after meeting with President Ouattara. The video was viewed more than 26,000 times and the post generated more than 1,000 likes, 376 comments and 185 shares. The much-awaited meeting stirred mixed reactions and positions seem to remain staunch along partisan lines. Users tend to oppose or compare Laurent Gbagbo and Affi N’guessan and have conflicting approaches of both leaders’ visits to President Alassane Ouattara. While some praised Affi’s “republican” attitude, others claimed he “confirmed” that he is in a deal with president Ouattara, because everything he is demanding now could have been demanded a longtime ago. Another batch of users opined that if Affi is in a deal because he met with Ouattara, then Gbagbo also should be suspected of being in a deal since he was the first to visit Ouattara. 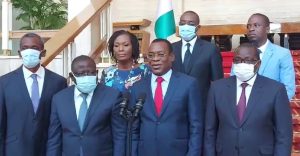