The following report highlights major news developments in politics and health in Cote d’Ivoire on 12 August. An official of the ruling party urged former President Laurent Gbagbo to keep a “low profile”. A political stakeholder close to former Prime Minister Guillaume Soro expressed anger against Mali following the arrest of one of their members in Bamako. A group of researchers from Cote d’Ivoire, Ghana, and Cabo Verde developed two antimalarial drugs. The report includes background information to add context to the news.

Ivorian media quoted Mamadou Toure, the deputy spokesperson for the ruling Rally of Houphouetists for Democracy and Peace (RHDP) and also Minister of Youth, as saying that former President Laurent Gbagbo jailed some of his opponents during his term in office from 2000 to 2010. Toure urged Gbagbo to keep a “low profile” and to express gratitude to President Alassane Ouattara, who, he said, spared Gbagbo’s life in 2011.

Background: Toure was reacting to a recent statement by Gbagbo, who said he had never jailed any political stakeholders for their opinion while he was in office. Since he returned to Cote d’Ivoire, Gbagbo has remained active on the political front.

Media reported that Moussa Toure, the communication manager for Guilaume Soro, a former prime minister and former rebel chief, who lives in exile in Europe, expressed anger against Malian authorities following the arrest of Mohamed Soukou Sess, a close ally of Soro, in Bamako. Toure called for an investigation following the arrest.

Background: Malian security forces reportedly arrested Mohamed Soukou Sess – a pro-Soro MP for the southern Ivorian town of Dabou – in Bamako on 10 August and handed him over to the Ivoirian authorities in Abidjan. Reports said that Malian authorities planned to use Sess as a bargaining chip with Karim Keita, the son of former Malian President Ibrahim Boubacar Keita. Media alleged that Karim Keita lives in exile in Abidjan. Cote d’Ivoire and Mali had issued arrest warrants for Mohamed Sess and Karim Keita, according to media reports. 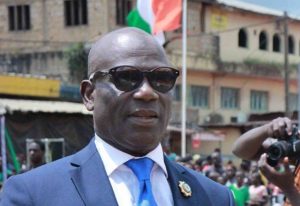 A group of teachers and researchers from the universities of Ghana, Cabo Verde, and Cote d’Ivoire led by Ivorian pharmacologist Jean David N’Guessan conducted a study that encompasses the phytochemistry, toxicology, formulation, and clinical trials of an optimized preparation of the traditional pharmacopeia of Cote d’Ivoire and other countries in the sub-region. This study enabled N’Guessan and his team to develop two antimalarial drugs under an improved formulation with all the justifications related to the intellectual property established in the respect of innovation. In addition, the deliberation of the jury of the Pari program was held from 6 to 8 April in Niamey, Niger, and the team was awarded $200,000 grant. A ceremony to present the award took place on 11 August at the Felix Houphouet-Boigny of Cocody in Abidjan.

Background: The World Health Organization said that 229 million cases of malaria were recorded worldwide in 2019. The figure has remained virtually unchanged for four years. The disease caused some 409,000 deaths in 2019 compared to 411,000 in 2018. As in previous years, Africa bore more than 90 percent of the total disease burden.